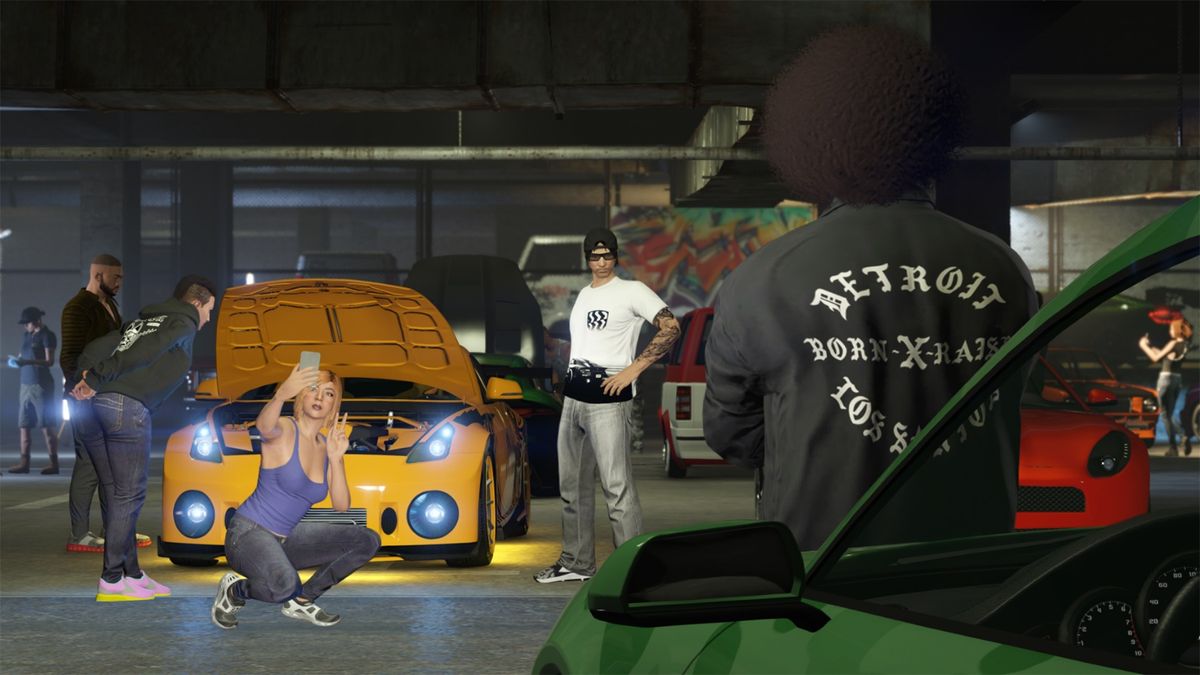 Rockstar Games is set to roll out GTA Online’s next major update, Los Santos Tuners, this week. With a focus on “high-octane action and automotive performance”, the Los Santos Tuners update will bring with it new races, a new social space and a fleet of new customizable vehicles.

But GTA Online players who decide to upgrade to the PS5 or Xbox Series X version, when they release this November, will get an exclusive perk: the ability to upgrade select vehicles with “all-new speed improvements and more”.

Details on exactly what this “more” will entail are to be shared at a later date, but it certainly looks like the standalone version of GTA Online on PS5 and Xbox Series X plans to make use of both consoles’ powerful hardware, allowing players on these platforms to go faster than their last-gen counterparts.

When GTA Online launches on PlayStation 5 and Xbox Series X|S later this year, select vehicles will be upgradable with all new speed improvements and more. These special upgrades will be available only on PS5 and Series X|S versions of GTAV — stay tuned for more details. pic.twitter.com/R9SS2miSC8July 18, 2021

Rockstar Games has remained pretty tight-lipped about both GTA Online and GTA 5’s arrival on PS5 and Xbox Series X/S. We know both games will land on these platforms on November 11 (barring delays), but just what “expanded and enhanced” features these versions will boast remains somewhat of a mystery.

The reveal of these special upgrades for Los Santos Tuners is the first time we’ve gotten an idea of the differences that we’ll see between GTA Online on last-gen consoles and current-gen consoles. We’re also expecting that GTA Online on PS5 and Xbox Series X will have significantly shorter loading screens, higher visual fidelity and higher framerates – making for an overall smoother performing and better-looking game.

We do know, however, that PlayStation owners have a significant advantage in all of this. If you play GTA Online on PS4, you can currently claim GTA$1 million to spend in-game every month until the PS5 version of GTA launches. And when GTA Online’s standalone edition arrives on PS5 in November, owners of the console will have three months to claim the game for free after release – until February 2022. That means that Xbox Series X/S owners will have to pay if they want to play the new version of GTA Online at launch, though a price hasn’t been disclosed.

It remains unclear if GTA 5 and GTA Online on PS5 and Xbox Series X will offer those who own the game on PS4 (after February 2022) and Xbox One a paid upgrade option or whether these new versions will need to be bought outright.

Rockstar Games is set to reveal these details, and what new features we can expect from both GTA 5 and GTA Online on PS5 and Xbox Series X, in the coming months – though it’s unclear exactly when this will be.