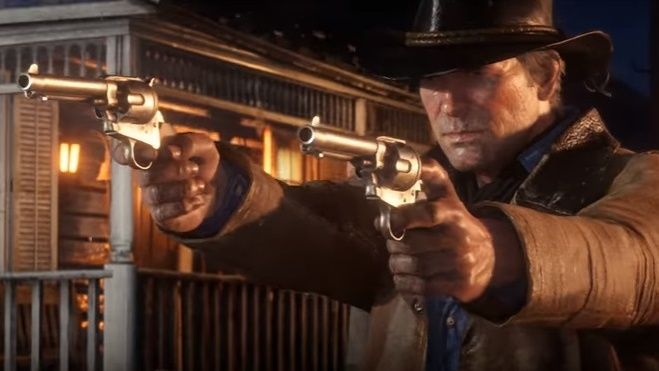 Modders RedMaxBR and AClassySliceOfToast have released several mods on NexusMods that aim to bring the spooky aesthetics of Undead Nightmare to Red Dead Redemption 2 on PC – just in time for Halloween.

Undead Towns brings the scenery of Undead Nightmare to the towns and villages of Red Dead Redemption 2, Undead Nightmare Camps litters the map with sinister settlements like those seen in the original DLC, while Undead Blackwater will transform the town of Blackwater into a safe zone.

These mods, unfortunately, don’t give you the full Undead Nightmare experience. Zombie hordes won’t be roaming around the wilderness waiting to attack you, and the quests and missions from the original DLC are not included either.

However, the modders have recommended using Rampage Trainer, which will give the weather a spookier feel, and it’ll also add the Undead Nightmare Soundtrack into the game.

Undead Nightmare was a fantastic bit of DLC that received rave reviews from critics and fans alike. And this wasn’t Rockstar’s first rodeo making great single-player DLC – for GTA IV, it released The Lost and Damned and The Ballad of Gay Tony. These expanded and gave further depth to the GTA IV universe.

Instead, Rockstar has focused on making free multiplayer DLCs for its GTA Online and Red Dead Online services, which have generated huge financial income –via microtransactions – for Rockstar and its parent company Take-Two Interactive.

Although these multiplayer DLCs do provide good content for players, they’re not always as expansive or story-driven as single-player content. And, seeing how rich the story of Red Dead Redemption 2 was, there are a multitude of deeper tales to be told about the Red Dead Redemption universe that fans would love to see. Like, how did Javier Escuella end up in Mexico working as a hitman after the events of Red Dead Redemption 2? We need answers, Rockstar!

All in all, we’re thankful that modders are trying to fill a void that Rockstar has left in its games. Be warned, however, that Rockstar and its publisher Take-Two interactive doesn’t always take kindly to those wishing to mod its games, and can sometimes ban players who do. Tread carefully if you’re looking to install this one.