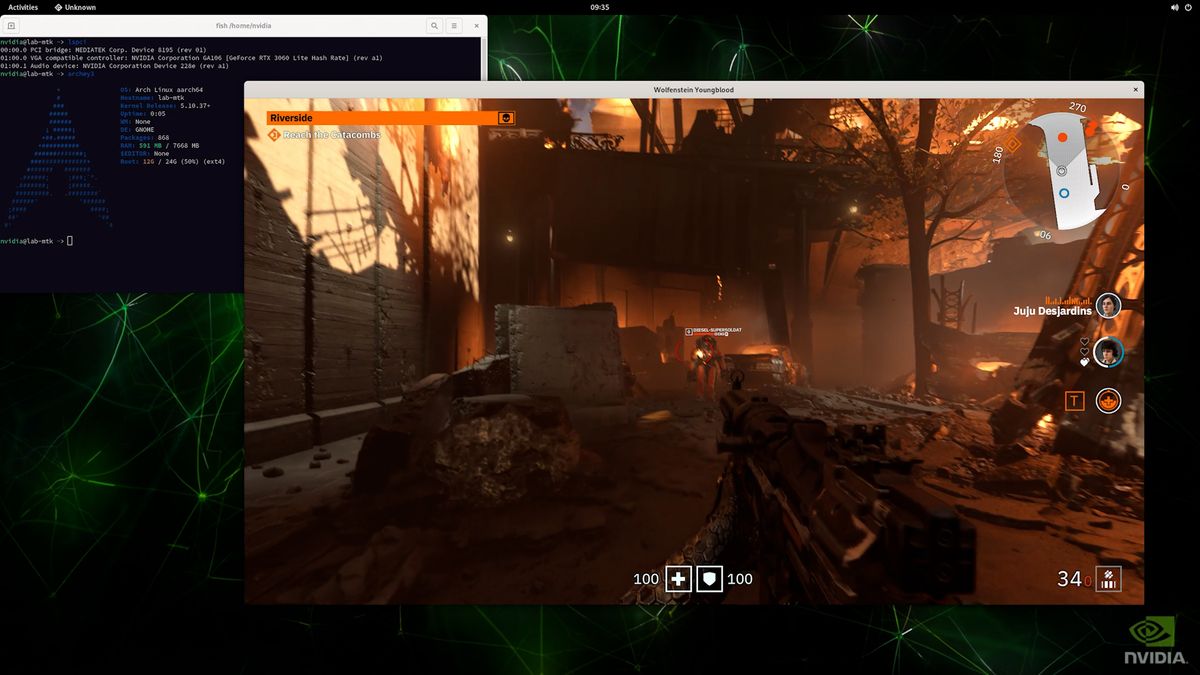 In a move to bring the benefits of RTX graphics cards to a wider audience, Nvidia has announced that ray tracing and DLSS are now supported by ARM chips for the first time, with Wolfenstein: Youngblood being the showcase game demonstrating this feat.

At GDC (Game Developers Conference), Nvidia showed off a demo of Wolfenstein: Youngblood using ray tracing and DLSS, as well as a ray-traced demo of ‘The Bistro’, both running on a MediaTek Kompanio 1200 ARM chip hooked up with an RTX 3060 graphics card. That Kompanio chip is expected to be the beating heart of a number of Chromebooks from major manufacturers going forward.

This is all part of an Nvidia and MediaTek partnership to drive forward and get Team Green’s graphical bells and whistles like ray tracing on board ARM PCs that we first heard about back in April. Exactly what hardware we might see in the pipeline still isn’t clear, but the hope is that an affordable ARM-toting laptop with GeForce GPU could be beefy enough to be able to run your Steam games via emulation.

The firm notes that all but the latter two SDKs are now available for ARM with Linux and Chromium, with the DLSS and RTXGI SDKs coming ‘soon’.

Meanwhile, there is of course another option for running ray-traced games on low-powered, cheap hardware, and that’s streaming courtesy of Nvidia GeForce Now, where you’re effectively swapping out concerns around CPU and GPU grunt for the beefiness of your internet connection.