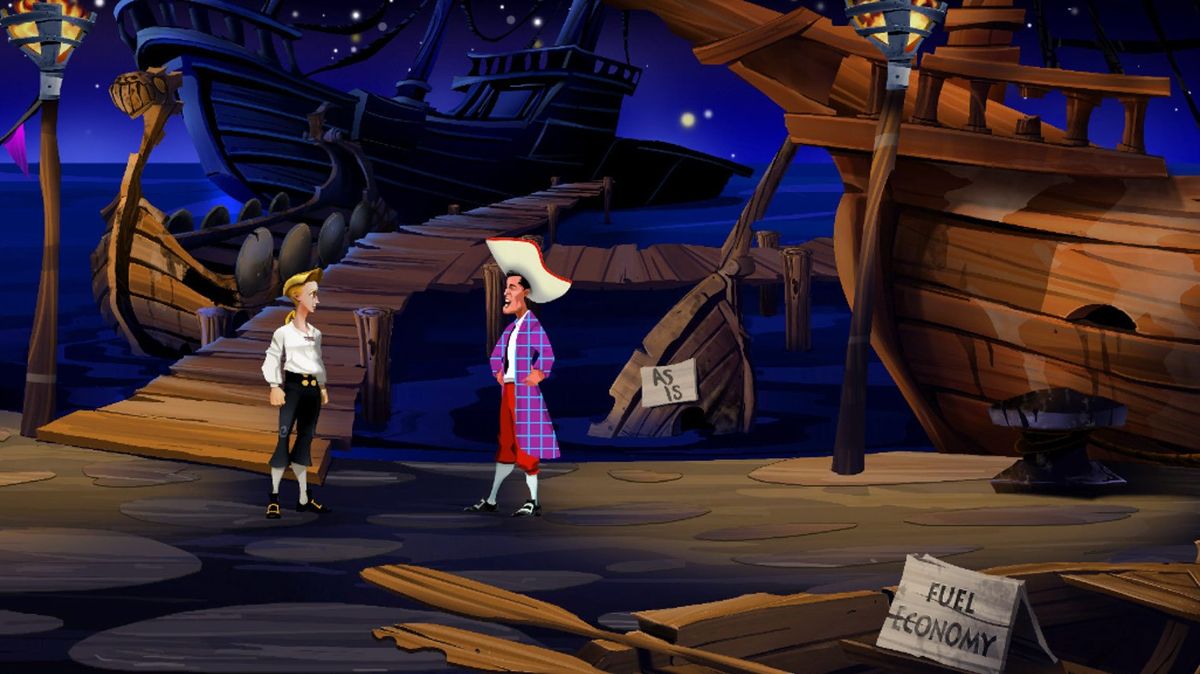 Starting on July 1, on the first of every month for the next three months, Prime members will be able to pick up one classic LucasArts point-and-click adventure for free. The games on offer include The Secret of Monkey Island: Special Edition (July 1), Indiana Jones and the Fate of Atlantis (August 1) and Sam & Max: Hit The Road (September 1).

Released back in 1990, The Secret of Monkey Island remains one of the greatest (and funniest) point-and-click adventures on PC and sees wannabe pirate Guybrush Threepwood on the search for the secret of Monkey Island. The Special Edition reimagines the classic game for modern audiences, with a new art style, remastered score, hint system and full voiceover. It’s a twisty tale full of laugh-out-loud moments and a must-play for those who enjoy the likes of Psychonauts and Day of the Tentacle – after all, DoubleFine’s co-founder Tim Schafer was co-designer on the game.

August’s offering, Indiana Jones and the Fate of Atlantis, is another classic not to be missed. This point-and-click Indiana Jones adventure is set on the eve of World War 2, with Nazi agents about to get their hands on a weapon more dangerous than the atomic bomb.

It is, of course, up to Indy to stop them and uncover the secret of Atlantis. Fate of Atlantis may not be massively action-packed, but it’s perfect for those who love problem and puzzle-solving. Plus, it’ll fill that Jones-shaped hole until the new Indiana Jones game releases.

Last but not least, September’s offering is Sam & Max: Hit The Road. This 1993 2D adventure sees freelance police Sam and Max attempting to crack their toughest case yet: tracking down a runaway carnival bigfoot. Sam & Max: Hit The Road is a madcap adventure that’s as bizarre as it is hilarious. And, with Sam & Max: This Time It’s Virtual! set to release sometime this year, it’s a great chance to get to know the daring duo.

You can grab these classic titles as they become available on the Prime Gaming website. Once you claim them, they’re yours to keep forever.

Prime Gaming offers Amazon Prime members access to a free Twitch channel subscription, exclusive in-game content, and free PC games every month. Right now, just some of the exclusive loot up for grabs include the Chart Topper Bundle for Fall Guys, the Revenant Sakura Steel skin in Apex Legends and up to GTA$400,000 a month in GTA Online.

And you don’t even have to be a PC player to take advantage of these offers, as most of them extend to consoles too (like the Apex Legends and Fall Guys offers).

If you’re a Prime member already, then it’s definitely worth making use of the benefits that come with Prime Gaming. If you’re not a member yet, simply click on the sign-up link below to start your 30-day free trial and access everything that Prime Gaming has to offer.